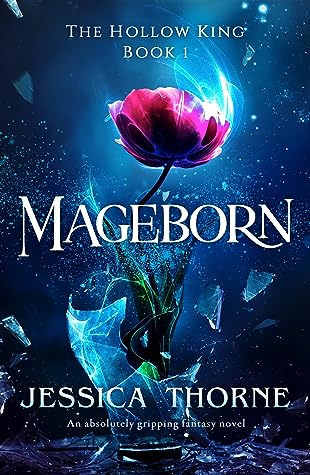 The life of an orphan soldier becomes entwined with that of the mysterious heir to the throne, whose very presence draws out the secret magic living inside her: a magic that breaks every law she is duty-bound to uphold…

The room is small and dark. Row upon row of jars line the shelves, each one sealed with blood-red wax. The seal’s mark is a twisted circle of briar with gleaming, gold-tipped thorns. And in each jar a flicker of forbidden magic dances… beautiful, but deadly.

Sold to the Crown in the aftermath of the Last Great War, Grace Marchant has never known her parents. Now, she trains as an elite soldier tracking down mageborn – those born with an ancient and long-outlawed magic – and destroying them if they don’t surrender their power to the Crown.

The mageborn who submit are collared, then handed over to the King’s cousin and heir: the elusive Bastien Larelwynn, Lord of Thorns, locked away in his shadowy workshop deep inside the castle. What becomes of them is hard to say – the Lord of Thorns keeps his secrets close.

Grace has always fought the voice inside her that questions whether the law is truly just – but when her closest friend is next on Bastien’s list, Grace’s loyalties are tested to the limit. Confronting Bastien – searching his strangely compelling obsidian-black eyes for answers – Grace is shocked to feel herself begin to change, to show the first signs of the wild magic she so fears.

Wow-what a read. This is set in an alternate magical reality there is a medieval vibe to the setting but it’s a world where LGBT characters are not discriminated against. Instead, it is those with magic who are the downtrodden and indentured. The world-building in this book is phenomenal however the ending was rushed and lacked the spark the first three-quarters of the book had. The whole memory issue with Bastien was complicated and all the characters are accepting of the big reveal. I can’t say too much because I don’t want to give any spoilers but it all became overly complicated and it really let down the story.