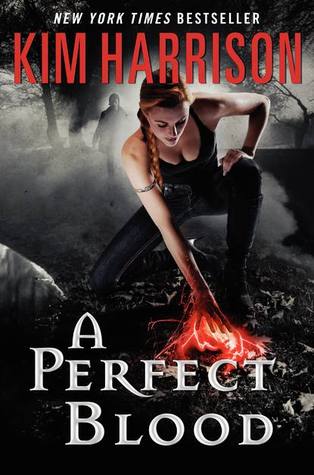 Ritually murdered corpses are appearing across Cincinnati, terrifying amalgams of human and other. Pulled in to help investigate by the I.S. and FIB, former witch turned day-walking demon Rachel Morgan soon realizes a horrifying truth: a human hate group is trying to create its own demons to destroy all Inderlanders, and to do so, it needs her blood.

She’s faced vampires, witches, werewolves, demons, and more, but humanity itself might be her toughest challenge yet.

Rachel has cut herself off from the source of her power, and many believe her dead. She is faced with an uncertain future, and as her compatriots move on with their lives, she is left questioning all her decisions up until now.

This book is very light on demons though Al does make an appearance. This book is more devoted to the growing of Rachel and Trent’s evolving relationship. I’m not a fan of the two, and its clear a romantic element will be further developed, but these two characters are so closely entwined that the story could not move forward without a change. Trent is essential to Rachel’s past and helping her accept her powers.

While not my favourite in the series, it is still an action-packed, thrilling read.