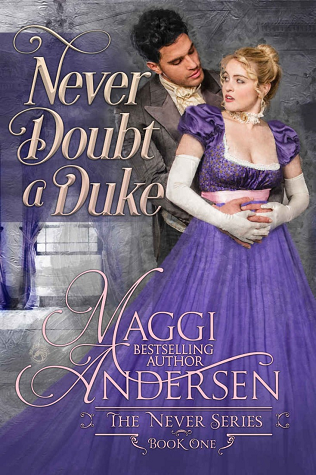 Lady Nellie Dountry, and Charles, His Grace, Duke of Shewsbury have had their hearts broken in the past. Neither is prepared to chance love again. When they are compelled to marry because of an agreement made long ago by their fathers, they are both determined to resist falling in love. Convinced that it’s mere desire which draws them together, both are surprised by their jealousy.

Nellie finds Charles irresistibly attractive, but other women do too. They circle like sharks. Aware that Charles’s former fiancée, who had broken his heart some years ago, is now a widow and on the hunt for a lover, Nellie struggles to trust him while she fears she is falling in love with him.

Charles was more than pleased with his choice of bride, but he wishes she wasn’t so difficult to understand. One minute she’s hot for him, the next as remote from him as a chalet in the Alps. Why he wants to get close surprises him; he planned for his marriage to be little more than one of polite indifference. But Nellie is so dashed beguiling!

This is a rather dull book and not one I can recommend. There was little plot aside from the heroine being jealous and past lovers making nuisances of themselves. Once again, we have a romance where everything would have been resolved by the characters sitting down and having an honest conversation.

I also suffered reader whiplash from how quickly Nellie went from refusing to marry Charles, and during their first encounter, they’re planning their wedding. Made absolutely no sense and served to show what a weak character Nellie was. She had no follow-through and thought herself independent when she was an idiot.