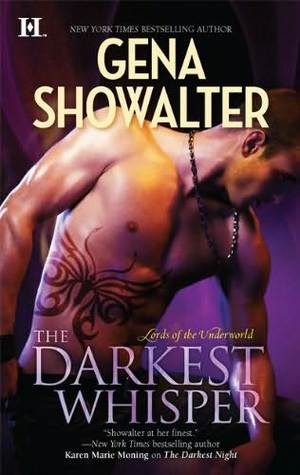 He is the keeper of Doubt and his entire world’s about to be rocked.

Bound by the demon of Doubt, Sabin unintentionally destroys even the most confident of lovers. So the immortal warrior spends his time on the battlefield instead of the bedroom, victory his only concern … until he meets Gwendolyn the Timid. One taste of the beautiful redhead, and he craves more.

Gwen, an immortal herself, always thought she’d fall for a kind human who wouldn’t rouse her darker side. But when Sabin frees her from prison, battling their enemies for the claim to Pandora’s box turns out to be nothing compared to the battle Sabin and Gwen will wage against love…

This book was my first with a harpy as the main character. They were always the villain in books they’ve featured in. I really enjoyed discovering the harpy mythology.

Once again, the sex is off the charts hot, and I was surprised at how tender Sabin could be. The overall plot is further expanded, and I fell more in love with this series. It is action-packed and hot as hell.