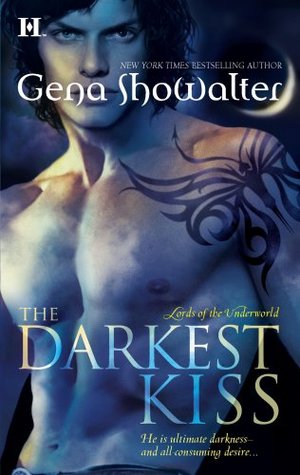 She has tempted many men…but never found her equal. Until now.

Though she has lived for centuries, Anya, goddess of Anarchy, has never known pleasure. Until Lucien, the incarnation of death—a warrior eternally doomed to take souls to the hereafter. He draws her like no other. And Anya will risk anything to have him.

But when the merciless Lord of the Underworld is ordered by the gods to claim Anya herself, their uncontrollable attraction becomes an anguished pursuit. Now they must defeat the unconquerable forces that control them before their thirst for one another demands a sacrifice of love beyond imagining…

While each book features a new couple, the overarching plot is threaded throughout each story and therefore should be read in order.

I loved Anya as a character. She is spunky, hilarious with deep depths. Her life up to now is the stuff of nightmares, horribly mistreated the fact that she is confident and full of life is inspiring. Her banter with Lucien is hilarious, and the sexual tension is off the charts. she is one of the stand out characters of the series.