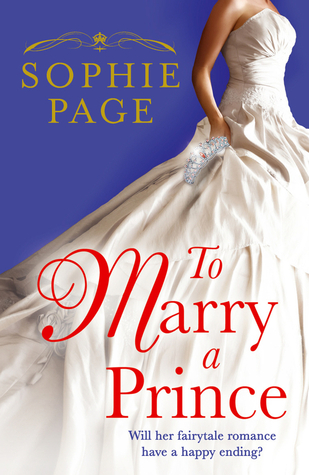 One night is about to change Bella’s life for ever…

Bella Greenwood isn’t a fairytale girl. If pushed, she’d probably tell you that her perfect wedding would involve a handful of close friends and family. But as she’s never met anyone she’d like to marry, it’s a moot point.

Until, in a midnight garden, Bella is helped out of an embarrassing situation by a tall, dark, handsome man with laughing eyes. And suddenly her life changes for ever, because the man is the world’s most eligible bachelor: Prince Richard, heir to the throne.

Richard sweeps her off her feet, and before she knows it they’re engaged. Which is when Bella’s problems really begin. Suddenly she is public property, and as if it isn’t enough to have her every move watched – while also learning to curtsy and negotiating the etiquette of how to address her future mother-in-law – she soon finds herself embroiled in bridesmaid politics, a right royal hen night, and a wedding dress controversy that causes a national scandal…

Can this ordinary girl survive the preparations for her very own Royal Wedding?

This was an angst-free simple romance where a commoner meets her Royal Prince. Set in a somewhat alternate reality, the British royal family is replaced by the hero’s family but otherwise exactly the same.  The romance happened at a quick pace and was unrealistic, but it was written in such a way that didn’t feel rushed.

I was gripped by this book and couldn’t put it down; however, the ending was lacklustre, and it somewhat ruined the book for me. Overall it is a lovely book if you’re looking to escape for a little while.