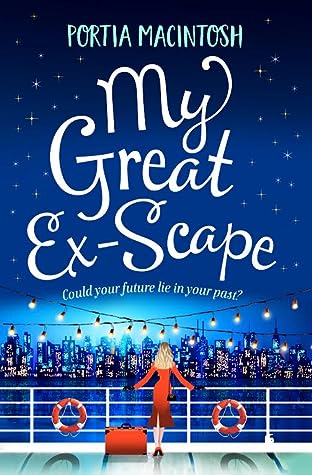 What if your future was somewhere in your past?

Rosie Jones has been dumped by every boyfriend she’s ever had – most recently by Dinosaur Dave, live on TV, during the ‘phone-a-friend’ segment of a quiz show.
After the footage goes viral Rosie receives a bunch of flowers with a message:

I love you, I should have never let you go, I want you back x

But who sent them?

Her journey takes her back to the house she grew up in and on a transatlantic cruise to New York, but can Rosie figure out which ex-boyfriend is the love of her life, or should the past stay in the past?

This book had such potential, the plot was intriguing, and the main character Rosie isn’t one to play the victim, she owns up to her mistakes, but I quickly lost interest. The plot was boring and overlong. As the saying goes, an ex is an ex for a reason. Rosie had plenty of reasons for the ending of her relationships, and quite frankly, they should have stayed ended. There was no chemistry between her or any of her exes.

As for the big reveal as to who sent the flowers, let’s just say it wasn’t a big reveal but an afterthought at the climax of the book. Overall I’d say give this book a miss.