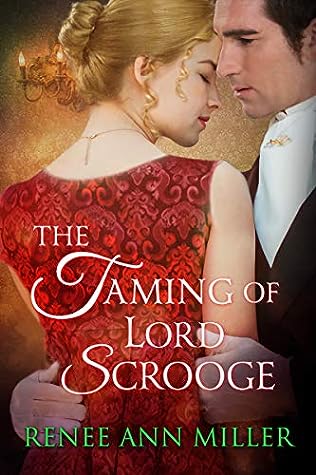 Some lords prefer scandalous affairs over marriage. But can the magic of Christmas and a second chance at romance open an earl’s heart to love?

Julien Caruthers, the Earl of Dartmore, isn’t in the Christmas spirit. The former ‘Naughty Earl’ would prefer to focus on maintaining his family’s holdings rather than be stuck at his mother’s annual Christmas party, with her endless parade of debutantes. When he escapes for a ride, Julien’s horse gets spooked and throws him off his saddle, leaving him wandering in the snow. Until he happens upon a cozy cottage…

Evangeline Breckenridge never thought ‘Lord Scrooge’ would show up at her door. She hasn’t seen her childhood sweetheart in years, and Julien’s since turned into a tyrant, taking away Christmas traditions from the townspeople. Eve is now a widow and a mother, no longer the foolish girl who believed a nobleman could love a physician’s daughter. But the weather outside is frightful, and Eve isn’t one to withhold the warmth of her home, even from a cold heart. And as they reconnect, Eve and Julien may even discover there’s still something merry and bright burning between them, a fire destined to be reignited—just in time for Christmas…

This a sweet second chance novella, I read it in one sitting. While our two main characters are enjoyable, it was Mary, Evangaline’s daughter, who was the standout character, she was adorable and funny.

Like all novellas, it’s difficult to tell a full story in a short amount of time, and while this book didn’t feel rushed I would have liked to see how Evangeline and Julien first fell in love, a prologue or a few flashbacks would have completed this book. It was a case of telling not showing that they were in love before.

If you’re looking for something quick and heartwarming to read this Christmas season, then this is a book for you.