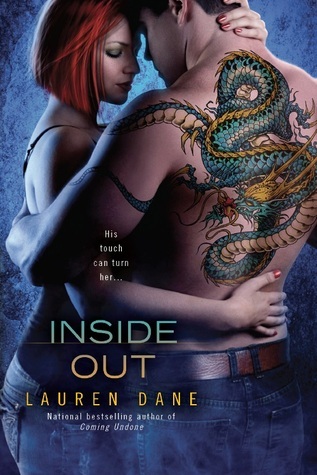 Ella Tipton is a survivor. In the wake of an attack that nearly left her dead, she has spent each day putting her life back together. Once vibrant and outgoing, she’s needed to reclaim the best parts of who she was while retaining the hard-won lessons. There hasn’t been room for any romantic entanglements, even if she were ready. Still, it doesn’t mean she has to stop sneaking looks at Mister Tall, Dark and Tattooed himself.

Security professional Andrew Copeland isn’t quite sure when his jones for the lovely and decidedly skittish Ella developed. He’s known her for years, has watched her triumph over the pain she’s been dealt. Cope is no stranger to women, but he knows the nervous flush he gets every time he talks to Ella is different from any attraction he’s had in the past. Determined to get Ella to let him in, Cope does the one thing he can think of to get close: he offers her hands-on training in self-defence.

While Ella’s sure Cope is just being nice, the prospect of being able to touch him and gain the tools to push away the last vestiges of her fear is more than she can resist. Soon enough, Cope shows Ella his feelings are far more than friendly, and he reignites something deep inside her. It isn’t long before desire and love turn them both inside out.

I felt this book went on far too long. I lost interest halfway through, but I had to stick with it as I hate to leave a book unfinished.

I stuck with the series because of the great reviews it was getting, but I have to say that I’m finding the plot repetitive. The heroine in each story has experienced extreme violence at the hands of a man. The men typically have the bad boy image with a heart of gold. They start having a lot of sex and fall in love. There is a lot of drama towards the end, usually involving going to court.

I would not recommend this to anyone, and I have to say that I’m giving up on the whole series. Each book seems to get progressively worse, and I don’t think it’s worth the time.